Skip to content
Darin and Korene Sturtz are licensed and ordained with Association of Interdependent Ministries (AIM). They and their four children have traveled all over the world ministering and advancing the Kingdom of Heaven. The Sturtz family has been a part of ministry teams, crusades, and revivals in: Nicaragua, Ireland, Philippines, Scotland, and Africa. This July, they will be traveling to Mbale, Uganda. Pastors Darin & Korene host five-fold guests from all over the world in their church to help speak into the city, and establish a functioning apostolic church in Clinton, IA. Darin & Korene have been in ministry since 2014 and have seen many miracles, signs and wonders. Pastor Korene has written a book titled “A Mother’s Prayer and God’s Miraculous Answer”, which is available for purchase on Amazon. Their miracle story was aired on the 700 Club in 2018.
Micraculous Cure for Incurable, Deadly Disease 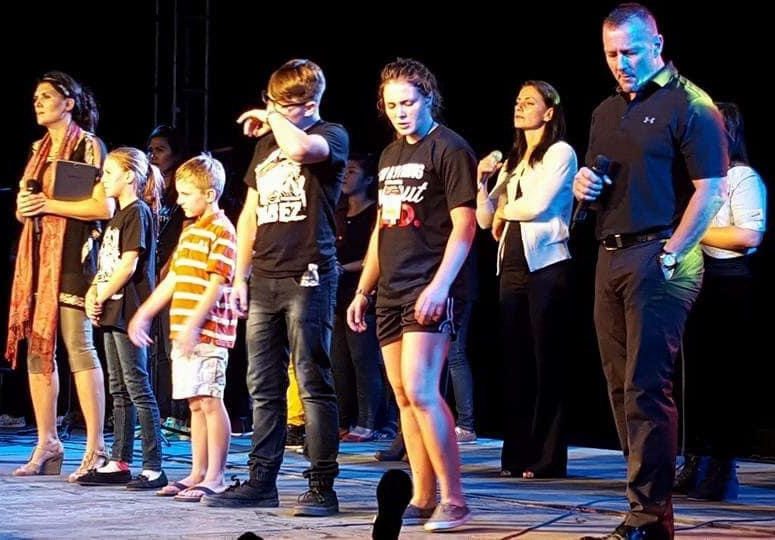 We believe that The Lord is leading us to bring the manifest presence of His Holy Spirit into our region with the goal of seeing true life changing revival. While focusing on the community and this generation. With this goal in mind we are devoted to: • Worship and prayer; while the anointing of the Lord leads us • Help restore the 5 fold back in the Church, by equipping those who gather and sending them. • The healing power of God released to those who are sick and oppressed by the devil • Reaching out to the lost souls of our community and the world • Promoting the creative arts; through the expression of art, music, dance, and spoken word. We have been commissioned to be fire starters every where we go. We are dedicated in fulfilling that goal and seeing That Church become a place where revival is awakened in the hearts of those that gather there and quickly spread through our region!